Take a year out before university, head to the mountains, and you could find yourself chasing snow across the globe. (5 min read) 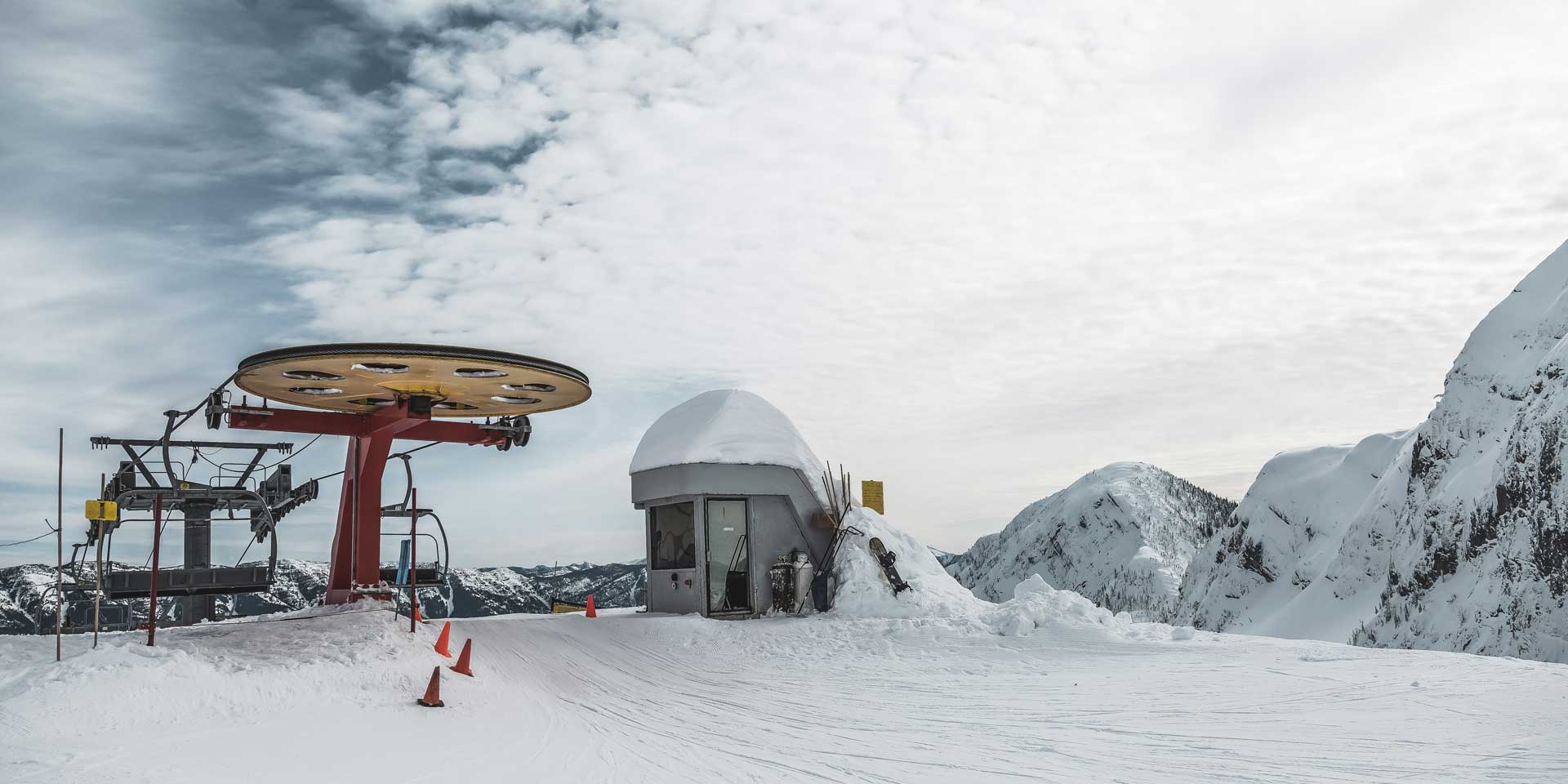 Thinking about deferring your university place? When Ben took a year out with Nonstop he discovered the career path he was truly destined for.

Working back-to-back ski seasons around the world, he’s achieved the lifestyle that most people only dream of. And he’s never regretted that first decision.

Deferring a place at university

Before I joined the Nonstop course I was studying sport science and sociology in my hometown of South Kirkby. I’d finished my A-levels with good grades and got accepted to Leeds University. Then, I came across Nonstop and immediately jumped on the idea.

Up to this point I had only spent five weeks on snow. I’d loved it from the first time I clicked into my bindings, so I decided to defer my university place for a year and enrol on the 11 week instructor training program in Fernie, BC.

I had no idea what to expect, and the whole thing was a big leap for me. I knew nobody on the course and it was going to be my first time living away from home. What I did know was that I was about to spend almost three months on snow and the idea excited me a lot.

With summer and autumn to save up, I got a job with a marquee company and worked every hour available to reach my target.

I got a job with a marquee company and worked every hour available. 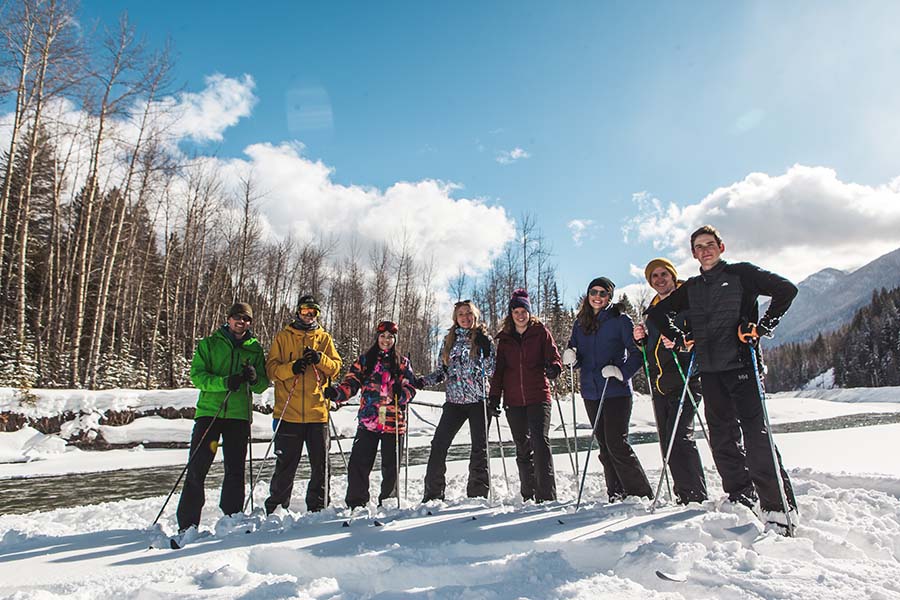 Out of this world

I still remember my nerves on the way to the airport. But when I met everyone in the departure lounge, the fun times began. In Fernie, I lived in one of the local houses with nine fantastic people.

We were the younger participants on the course and all a similar age. This worked out perfectly and we ended up becoming great friends. I don't think anyone expected the season to turn out just as awesome as it did.

With only five weeks of skiing under my belt I’d expected to struggle, especially as a few guys had a season or two under theirs. In the end, it maybe even benefited me, as I hadn’t developed too many bad habits yet.

Our instructors were great, and we had a different one every week, so my skiing came on a lot. The snow was out of this world – that winter it just dumped, and then some more. I’ll never forget the feeling of waking up to a meter of fresh snow.

Fernie is truly an incredible place, and the whole experience on and off the snow blew my expectations out of the water. While the fun never stopped, it was important to take the training seriously. The course is intense and there’s a lot to learn. Three months soon slip away and it’s time fly the nest. 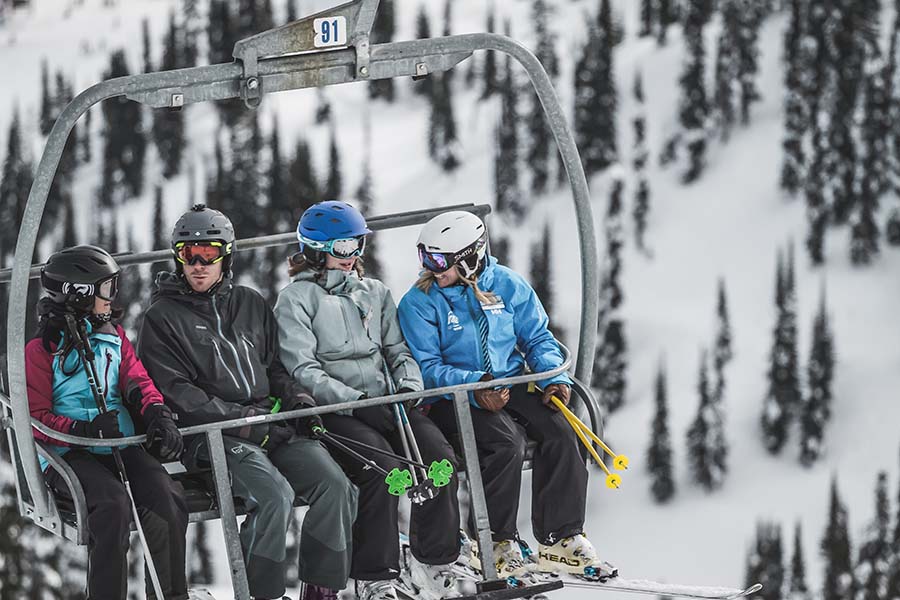 Landing a job in New Zealand

After my course I chased the snow to the southern hemisphere with a few other Nonstoppers. It was one of our Nonstop coaches who helped us land jobs, putting in a good word for us at Cardrona Alpine Resort in New Zealand.

The mountain is not massive but the freestyle scene huge. It doesn't take long to feel like a local here and the community is super close knit, with evenings by Lake Wanaka following our days on the hill. Like most ski schools, Cardrona has a mandatory training week where all new instructors learn about the resort and the standards that are expected.

That first season was a learning curve, working all kinds of lessons with lots of beginners and kids. This approach of starting new instructors at the lower end is normal for ski schools. It takes time to work up the ladder and start working with adults and higher-level skiers.

For some people, a winter season is a one-off, but for me it was more than that.

Whilst in NZ I had to decide between heading to university or doing another season. For some people, a winter season is a one-off, but for me it was more than that. Instead of taking my place at university, I decided to follow my heart and make a life doing back-to-winters.

I only had one place on my mind: Fernie. I wanted to teach where it all began. I already knew a few people in the Fernie Snow School and earned some good references from Cardrona. And with that, I returned to the powder capital of Canada. Only this time, I wouldn’t be with Nonstop, I’d be continuing my instructor journey.

The season whizzed by and I returned to Cardrona, where things really started to take shape.

You make a lot of connections during a ski season and, in my experience, it can often result in a job offer. During my second season in NZ I was introduced to a guy that runs the ski school at Swiss resort Laax. Soon enough, he offered me a job and Switzerland has been my main base ever since.

Laax is a perfect mix between Fernie and Cardrona, which is why I love the place. The resort has everything from pristine pistes to steep high alpine and one of the biggest parks in Europe. The season is five months long and where it beats Canada and NZ is in the pay and tips.

With experience under my belt, I get to teach all kinds of lessons, from freestyle sessions to privates. Any free time is normally spent free-skiing, and there is always somebody else to shred with. I am still as enthusiastic now as I was at the start and I don’t miss too many days on the mountain during a season.

Ten seasons later and I’ve never regretted that initial decision to defer my university place, and I can't imagine working in the field I was going to study.

Ten seasons later and I’ve never regretted that initial decision to defer my university place, and I can't imagine working in the field I was going to study – it could have been a huge waste of time and money. Besides, studying is always there if I change my mind in the future.

Today, I like to live my life for the now, and it’s been a pretty sweet ride. My Nonstop experience turned out to be life changing.