The story of budding photographer who spent his university days snowboarding the globe and found home in New Zealand along the way. (5 min read) 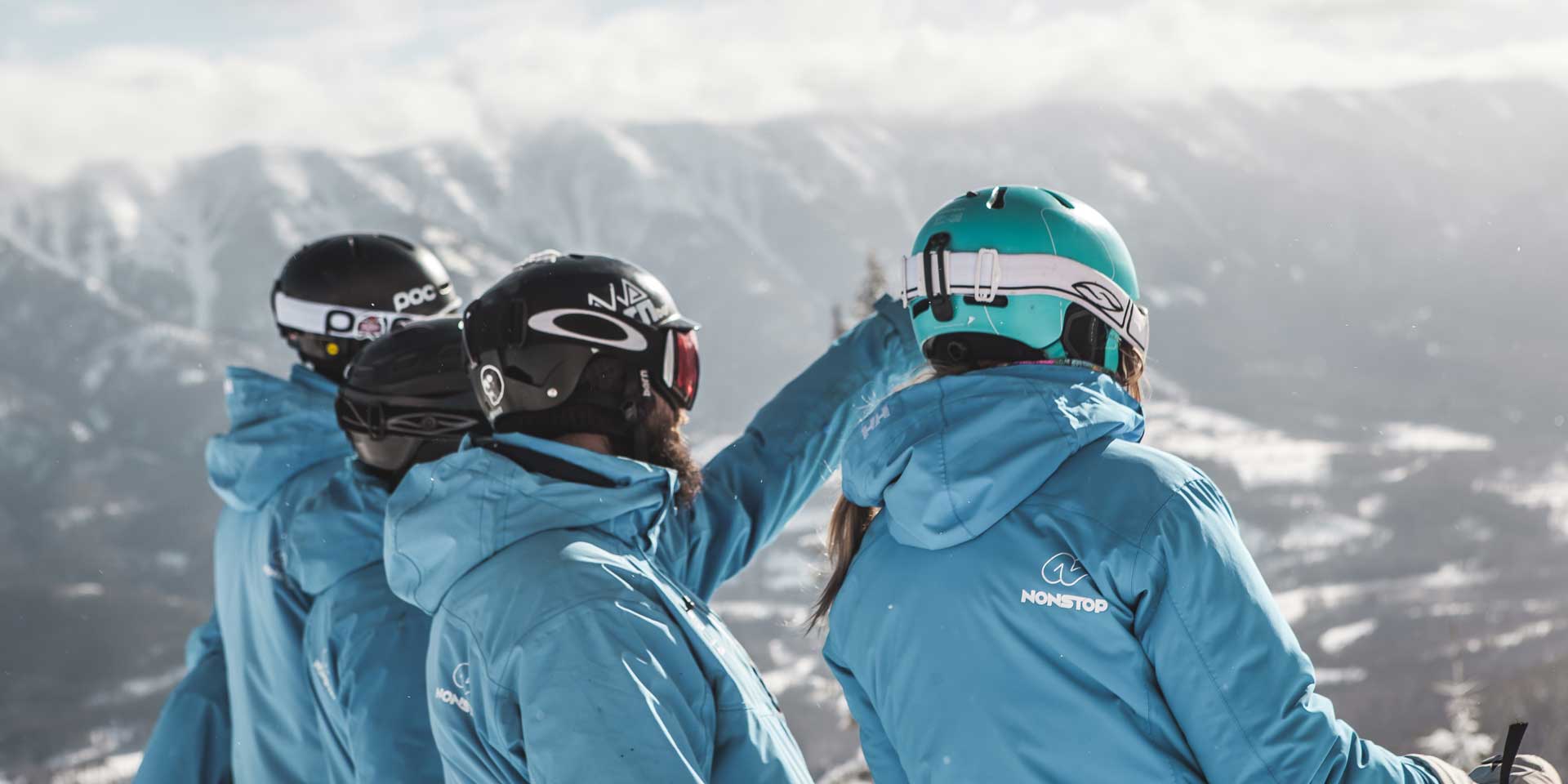 Gain a ski or snowboard instructor qualification before university and you could have the ultimate set up. During his photography degree, Tom taught on dry slopes in Scotland, worked in Italy and Austria, and spent all his summers instructing in New Zealand, competing for the British Snowboard Cross team throughout Europe along the way.

That’s got to be better than doing late shifts in a bar, right? After five seasons in New Zealand, he hung around for the life and photography, and now calls the country his home. And it all started in Canada.

I hadn’t planned on doing the Nonstop course at all. It just kind of just fell into place. I’d applied to train as a design teacher at uni before I changed my mind last minute to photography – something I really loved.

However, my change of heart concerned the admissions staff and they told me to reapply next year to prove I was committed. With a whole year to fill, I decided to pursue another passion and, after saving hard, joined a Nonstop snowboard instructor course in Fernie. As it turned out, this was one of the best things that ever happened to me.

I’ll never forget my first time riding proper, powder-surrounded trees. Living in Scotland, I’d spent most of my time in the Cairngorms so this was a big change for me.

My Nonstop days were epic. I’ll never forget that very first day and my first time riding proper, powder-surrounded trees. Living in Scotland, I’d spent most of my time in the Cairngorms so this was a big change for me.

The Nonstop coaches were amazing. At the time, I didn't appreciate just how big a deal it is to have two level 4 coaches rotating between the groups but now, after years of teaching around the world, I haven't even met any other level 4s. They pushed us hard and were a real inspiration to ride with. It's not often that your coaches do double backflips in session. 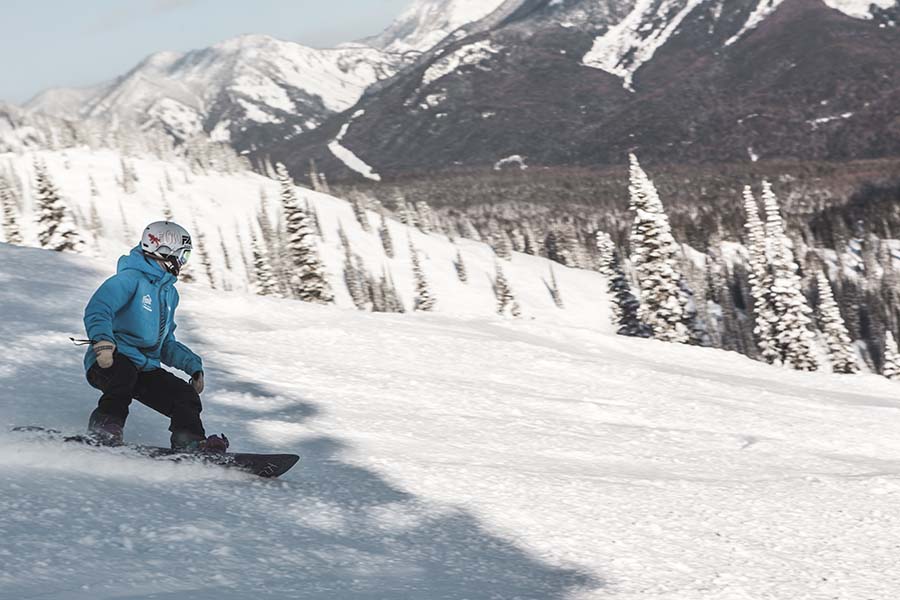 Teaching in Scotland, Italy and Austria

After the course it was back to Scotland to save for uni. This is where the Nonstop program really started paying off, as I managed to get a part-time job instructing at Hillend dry slope near Edinburgh – much better than working until 4am in bars for minimum wage, I was earning three times that and was finished by 9pm.

When I started my photography degree, I carried on coaching a few kids at Hillend whilst I was at uni, and now some of them are instructing there, which is really rewarding.

Whilst at at uni, I also worked for a few companies in Europe. I mostly worked in Italy and Austria during peak season weeks, which fitted in around my studies. I’ll always remember my first ever lesson. It was in the Aosta Valley in Italy and I was so nervous. I was only 19 at the time and was one of the younger instructors there. I ended up teaching four 18-year-old lasses from a fancy school for the week – a lot of fun.

I’ll always remember my first ever lesson in the Aosta Valley. I was only 19 at the time and was one of the younger instructors there. I ended up teaching four 18-year-old lasses from a fancy school for the week – a lot of fun. 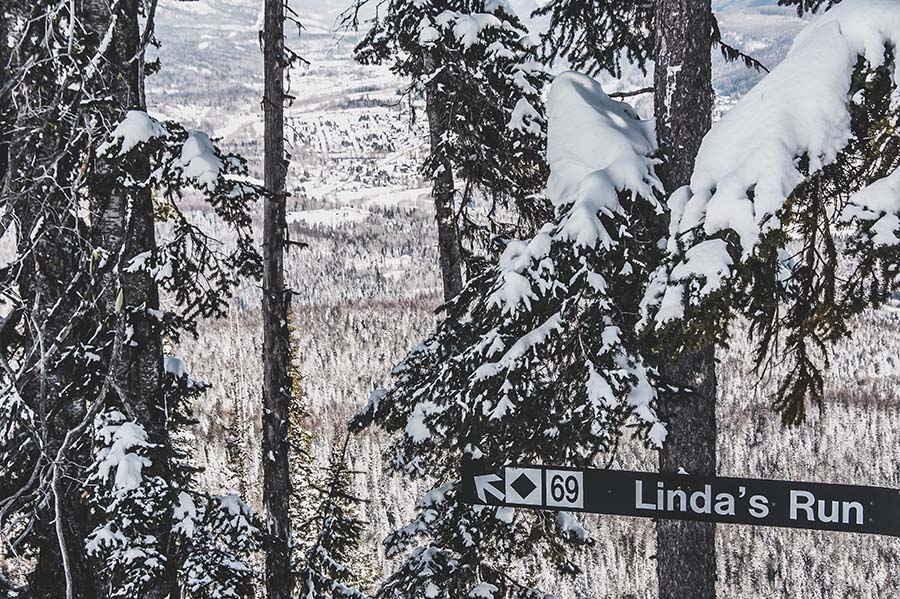 During my uni summer holidays, I worked as an instructor at Treble Cone in Wanaka, New Zealand. It’s one of the larger resorts in the South Island with some really challenging terrain. There's no trees but some pretty bad-ass alpine parrots.

Being able to travel to New Zealand every summer throughout university was a major perk.

A typical day at Treble Cone involves getting a staff bus up the hill at about 7.50am, going to our pro room (which has the best view imaginable, especially early season when the sun’s rising), grab a coffee, boot up and attend a short meeting to see what's going on for the day.

From 9-10.15am we go training or freeriding, which often means fresh lines. Then it’s lessons until 3.30pm with 40 minutes for lunch. Depending on the day, you can kind of make up your own schedule, which is cool.

Being able to travel to New Zealand every summer throughout university was a major perk. Without the job, there’s no way I could have afforded it – plus, I got to ride and train for free all summer long. 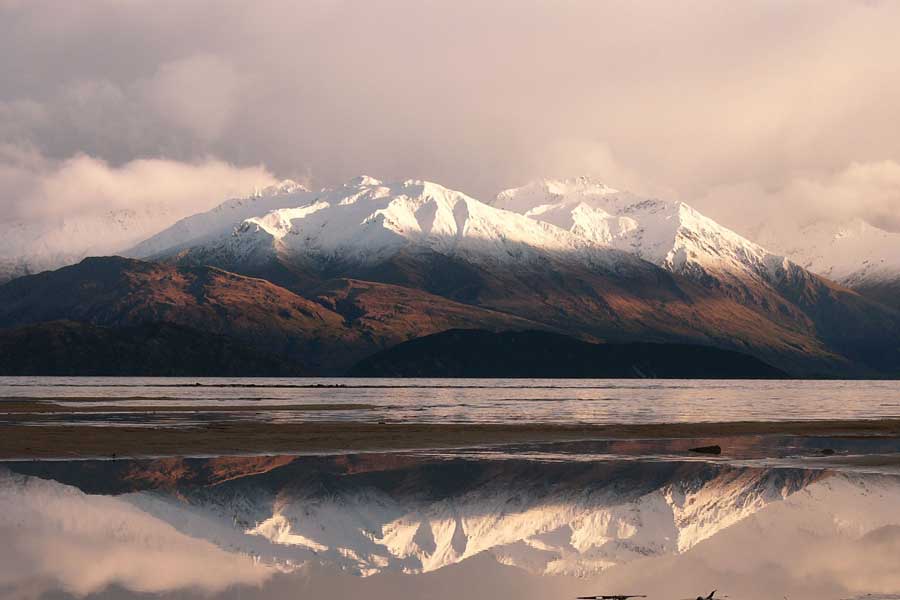 Thanks to my snow credentials, I also got heavily involved in the university snowboarding scene, which set me up to join the British Snowboard Cross team for a season.

I got to travel all over Europe competing in FIS and Europa Cup races in resorts I had never even heard of. Such an incredible opportunity and one I’ll always remember.

A home for photography

My plans for the future are to stay in New Zealand for the foreseeable future and focus on photography – better try and use my degree for something.

There is so much going on down here year-round with mountain biking, hiking, surfing, fishing and whatever else you can find to do. Even when you have to help out on friend's farms castrating lambs and shearing sheep it just adds to the lifestyle.

It's all this and the staggering beauty of the landscape that makes for some pretty alright photos. It's special down here but don't tell anyone else – it might spoil it for those of us already in New Zealand.

I joined Nonstop with the intention of having a blowout season with epic pow before uni. And that it was. What I wasn't aware of are all the opportunities that have come about just from doing the course. Without a shadow of a doubt, I would not be where I am now without Nonstop. I am very grateful for the lifestyle I live now and it all started out from Nonstop. Cheesy and cliché I know, but it is true.