Being a snowboarder, I’ve always been semi-interested in the other board sports. I’ve tried my hand at skateboarding and found that concrete definitely isn't as forgiving as snow and that I maybe should have started that when I was still young enough to bounce. Surfing on the other hand seems a little more civilised and I’ve been meaning to give it a go for a long time... 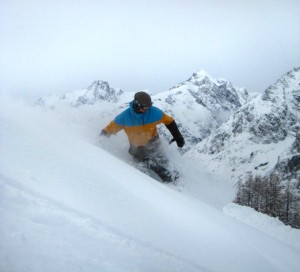 I spent last weekend in Newquay, the home of English surfing, to find out whether my snowboarding skills would transfer to what looks like a very closely related sport. Along with a few friends, I joined a surf school for two full days of instruction. 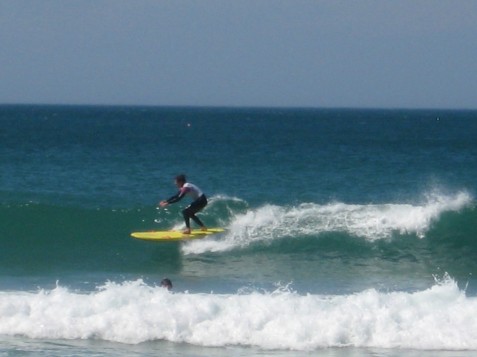 The obvious differences in the sport were even more apparent than I thought they would be. I’ve watched a lot of surf videos filled with people standing sideways riding waves – which looks like a similar kind of experience as riding powder – but, those clips are just snippets of the surfing experience, they don’t show all the stuff in between. They don’t show the paddling around, waiting and fighting to get out through a set of waves, I guess in the same way that they don’t show pros sitting around on chairlifts for 10 minutes in snowboard videos. 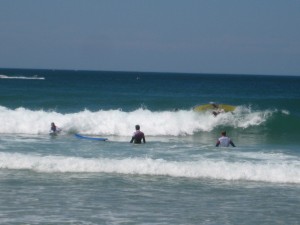 Those bits in between are a shock to the system. With limited experience, fighting through waves with a huge buoyant board is punishing. As well as being very tiring on muscles that you never normally use, you have waves crash in your face, get tumbled around in white water and swallow a hell of a lot of salty water! I’m sure experience would make that side of things easier. Thinking back, those first couple of days snowboarding were exhausting – from the constant falls and the strain in your legs from always balancing on an edge. In time, as snowboarders fall less and spend more time pointing downhill, surfers similarly learn to dive under waves and are more economical with their paddling. 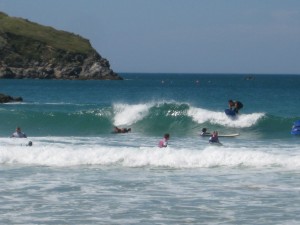 Over the course of the weekend I started to sample what makes surfing such an obsessive pastime for a lot of people. A wave accelerating you through the sea is a really unique feeling. Standing up is hard, it somehow feels very different to standing on a snowboard. Because you spend so much time floating at the sea level, you feel very high when you stand on the board and it’s very wobbly. Even though you’re only likely to be stood up for a couple seconds at first, it’s an extremely satisfying couple of seconds! 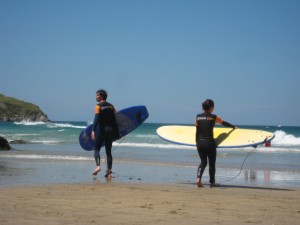 Towards the end of the weekend, I felt that my skill level had come on, as I started to catch green waves, but with so little left in the energy bank, it was hard to make the most of it. I’m now really looking forward to going again, when I can use what I’ve learnt with fresh energy. 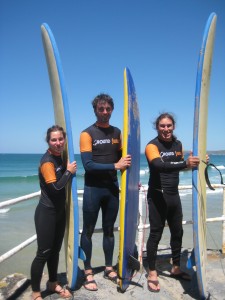 So, is surfing like snowboarding? No, to be honest it felt like a completely different skill set. I think having the balance standing sideways helps a little, but general snowboarding skills didn’t seem to come into play very much. On saying that though, maybe they would once you start to surf longer lines and put turns in, etc.

Anyway, with or without snowboarding experience, I had an amazing time surfing and can’t wait for the next trip.

If you're a surfer thinking about swapping your surfboard for a snowboard, check out our holiday and camp pages.